“The Lord, who stretches out the heavens, who lays the foundation of the earth, and who forms the human spirit within a person, declares: I am going to make Jerusalem a cup that sends all the surrounding peoples reeling. Judah will be besieged as well as Jerusalem. On that day, when all the nations of the earth are gathered against her, I will make Jerusalem an immovable rock for all the nations. All who try to move it will injure themselves. On that day I will strike every horse with panic and its rider with madness,” declares the Lord. “I will keep a watchful eye over Judah, but I will blind all the horses of the nations. Then the clans of Judah will say in their hearts, ‘The people of Jerusalem are strong, because the Lord Almighty is their God.”

Centre for Missionary Development (CMD) celebrates the historic recognition of Jerusalem as the eternal capital of the Children of Israel, which was signified by the relocating of the U.S. Embassy from Tel Aviv to Jerusalem. God promised to give Abaraham all the land of Canaan over 5,000 years ago (Gen. 15:18-21; 17:7-8); King David captured the city from the Jebusites over 3,000 years ago (2 Samuel 5:4-9); and although the city was destroyed several times, God has miraculously given Jerusalem back to his chosen people, and we are witnessing the fulfilment of Biblical prophecies today.

Why is Jerusalem so significant?

The first thing that David does after he occupies Jerusalem is to make it his capital.

The history of Israel as a nation, is closely tied to Jerusalem. Jerusalem is directly intertwined with why the children of Israel became a nation in the first place.

The Jews became a nation shortly after escaping slavery in Egypt. They were not yet in the land of Israel, they were camping out in no man’s land, in the desert, at the foot of Mount Sinai. The Jews became a nation out there, when they made a covenant with God, promising “we will do and we will hear.” The nationhood of Israel is defined, first and foremost, by its communal relationship with God and by the Jewish people’s historic mission- as a chosen missionary nation.

This hill is Mount Moriah, where Abraham sacrificed Isaac in Genesis 22. The Patriarchs of the Jewish people recognized the tremendous spiritual power of Mount Moriah. This is where Abraham, sensing God’s presence, went up to offer Isaac as a sacrifice and later remarked as the Bible records:

This is where Jacob dreamt of a ladder going to heaven, and said:

“How awesome is this place! This is none other than the house of God, and this is the gate of heaven.” (Genesis 28:17)

Mount Moriah, where Jacob had his dream, is known today as the “Temple Mount” in Jerusalem. The altar that Jacob built following his dream was the forerunner to the Temple that was built by Solomon and stood in Jerusalem. It served as the ultimate altar and centre of worship for the entire world. (Isaiah 56:7; Mark 11:17)

No wonder this is a spot that every major conqueror in all of human history has wanted to own. Jerusalem has been conquered or destroyed 36 times in 3,000 years.

On Mount Moriah today, stands an Islamic structure known as the Dome of the Rock. Under this golden dome is an exposed piece of the bedrock of Mount Moriah-metaphysically known as the even ishtiah, literally, “drinking stone.” Water and spirituality are synonymous, and the Torah is known as mayim chayim, “water of life.” According to Judaism, the world is spiritually nourished from this spot, this stone-which is the metaphysical center of the universe.

The Jews believe that this is the place where God’s presence can be felt more intensively than in any other place on the planet earth. Therefore, this is the logical place to build a permanent resting spot for the holiest object that the Jewish people have—the Tabernacle and the Ark of the Covenant.

Jerusalem is a Covenant City

Understanding this Jerusalem’s historical significance, King David brings the Ark to Jerusalem amidst great joy in preparation for the erection of a temple. He brings up the Ark of the Covenant to Mount Moriah- “The Gate of Heaven”. He later buys the upper part of the hill above the northern boundary of the city from its owner Araunah(Ornan) the Jebusite. (2 Samuel 24:24 and 1 Chronicles 21:21-30). David immediately began preparations for the building of the temple, but he is not permitted by God to build (2 Chronicles 22:1-5). His son Solomon eventually built the temple in Jerusalem, which his father had dreamt about. And so began the pinnacle of Jewish history. The nation is united. Surrounding nations don’t bother the Jews—in fact, they come to learn from the Jews. There is peace and prosperity. But again sin makes God to give them over to their enemies.

Fifty years after the Holocaust, in January 1996, the then President of Israel, Ezer Weizmann, gave a speech to the German Parlament. In that speech, he beautifully summed up how the children of Israel have come through history. He said:

“I was a slave in Egypt. I received the Torah on Mount Sinai. Together with Joshua and Elijah I crossed the Jordan River. I entered Jerusalem with David and was exiled with Zedekiah. And I did not forget it by the rivers of Babylon. When the Lord returned the captives of Zion I dreamed among the builders of its ramparts. I fought the Romans and was banished from Spain. I was bound to the stake in Mainz. I studied Torah in Yemen and lost my family in Kishinev. I was incinerated in Treblinka, rebelled in Warsaw, and emigrated to the Land of Israel, the country from where I have been exiled and where I have been born and from which I come and to which I return… We are all people of memory and prayer. We are people of words and hope. We have neither established empires nor built castles and palaces. We have only placed words on top of each other. We have fashioned ideas. We have built memorials. We have dreamed towers of yearning, of Jerusalem rebuilt, of Jerusalem united, of a peace that will swiftly and speedily establish us in our days. Amen.”

When we look back at the history of the Jewish people, we discover one thing, their very survival is nothing short of miraculous. The very fact that the Jewish people are back in their homeland stand as a testimony to the faithfulness of God in preserving the seed of Abraham.

Biblically, we are in the final phase of the return of our Lord. History is moving toward a conclusion, its final destination. 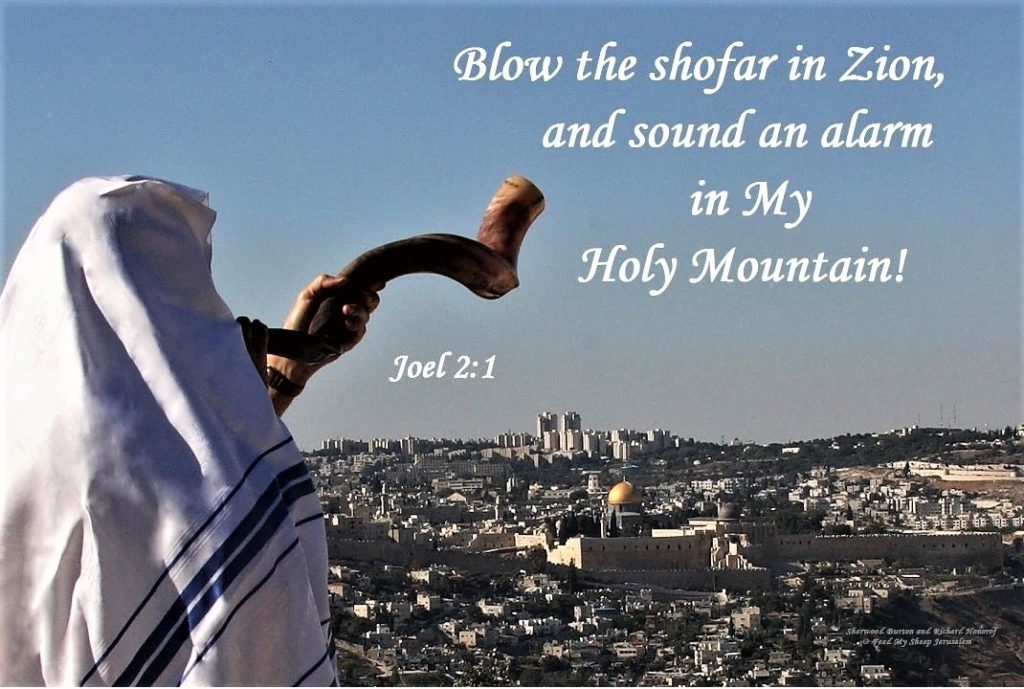 That final destination was described by the Prophets:

“In the days to come, The Mount of the Lord’s House shall stand Firm above the mountains; And it shall tower above the hills. And all the nations shall gaze on it with joy, And the many peoples shall go and shall say:

“‘Come, Let us go up to the Mount of the Lord, To the House of the God of Jacob; That He may instruct us in His ways, And that we may walk in His paths.’ For instruction shall come forth from Zion, The word of the Lord from Jerusalem. Thus He will judge among the many people. And arbitrate for the multitude of nations. And they shall beat their swords into plowshares And their spears into pruning hooks. Nations shall not take up Sword against nation; They shall never again know war.”  – Isaiah 2:2-4;  Micah 4:1-4

“Pray for the peace of Jerusalem: “May those who love you be secure. May there be peace within your walls and security within your citadels”

2. The Miracle of Jewish History. https://www.simpletoremember.com/articles/a/the_miracle_of_jewish_history/